I already posted that once, but I deleted my second journal and started with my name again.

So I reuploaded this again.

If you're interested in getting some Johnnys doujinshi from Comiket, you should hurry because the order deadline is soon!

( Check out all details here! ) 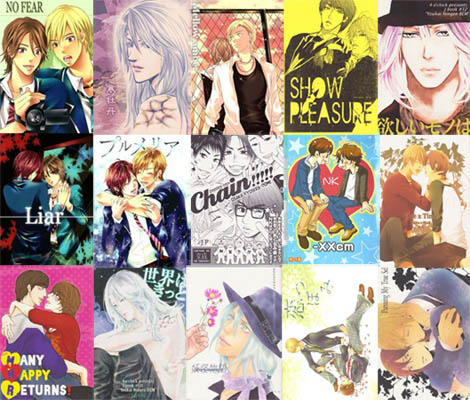 Looking for some help to buy Johnnys doujinshi at Comiket this winter?

Please make sure to read all included information.

In celebration of Tacchan's 29th birthday, I'm sharing scans of a doujinshi I own. ^__^

Title: Baby Love You
Circle: LapisLazuLi
Artists: Totoko (manga), Haruhi (novel)
Pairing: KAT-TUN, Nakamaru/Ueda (with a tiny bit of Akame)
Rating: PG-13 (manga), R (novel)
Summary: (manga) Nakamaru wakes up to find Ueda (who he is dating) sleeping next to him in his bed. He panics and runs outside, trying to remember what happened the night before. Thinking he forced Ueda to have sex with him, he seeks Kame's advice about what to do.
(novel) Ueda wants to eat omelet rice at Nakamaru's place, but he refuses to have sex with him. Nakamaru tries to get him into the mood anyway... (Basically Ueda being a tsundere.)

snow_guardian
genre: comedy, romance,
pairings featured: Akame and TaNakaMaru~
rating: PG-13 (because of mentions)
any other notes: I don't promise that it'll be accurate because i'm not good with conversational japanese. More Akame than TanakaMaru but they're always there XD lol!~ and the ending is just perfect!!~ENJOY!! SPREAD THE Akame and TANAKAMARU RABU!!~ FYI: the RAW include the manga/fanfics/author notes, while the scanlated one only have the manga and untranslated author notes total of only 14 pages ~

title: Honey Honey Baby ~May I love you so much~
language: English
artist/writer: nitoro@hasegawa
band(s)/artist(s) featured: KAT-TUN
scanned/scanlated by:

snow_guardian
genre: fluff, romance and small comedy
pairings featured: TaNakaMaru and small, SMALL ninja Akame~
rating: R (because of a small scene)
any other notes: AGAIN! may not be accurate ALSO~ there's two bubble that i couldn't translate no matter how much i researched T^T AH! and uke!Koki/seme!Maru, BUT! don't let that let that stop you from reading because this is about 38 pages of sweetness!! SERIOUSLY! this got to be one of my favorite doujin!! 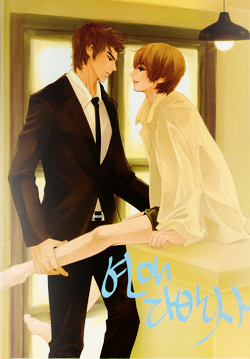 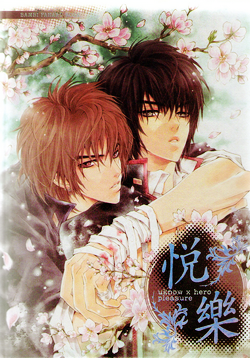